Tell us a joke.

What's the last thing you want to hear when giving Tom Hanks a blow job?

"Give it to me! Give it to me!" she yelled.
"I'm so wet, give it to me now!"
She could scream all she wanted, but I was keeping the umbrella.

MrsDogFantasy said:
"Give it to me! Give it to me!" she yelled.
"I'm so wet, give it to me now!"
She could scream all she wanted, but I was keeping the umbrella.
Click to expand...

I thought you were more chivalrous than that. Hogging the umbrella

I recently came into a bunch of money.

I now can say for sure paper towels are much more absorbent.

Who's the most popular guy at the nudist colony?

The one who can carry a cup of coffee in each hand and a dozen doughnuts.

What's the difference between a chickpea and a garbanzo bean?

I wouldn't pay $50 to have a garbanzo bean on my face.

How do you turn a fox into an elephant?

Why does it take a million sperm to fertilize one egg???


Because they won’t ask for directions!!!!

We should talk more openly about erectile disfunction.

It is not that hard.
T

So one day, a group a crows turns up dead, and their friends start panicking. The first one to react screams “Help, help! There’s been a murder of crows!” 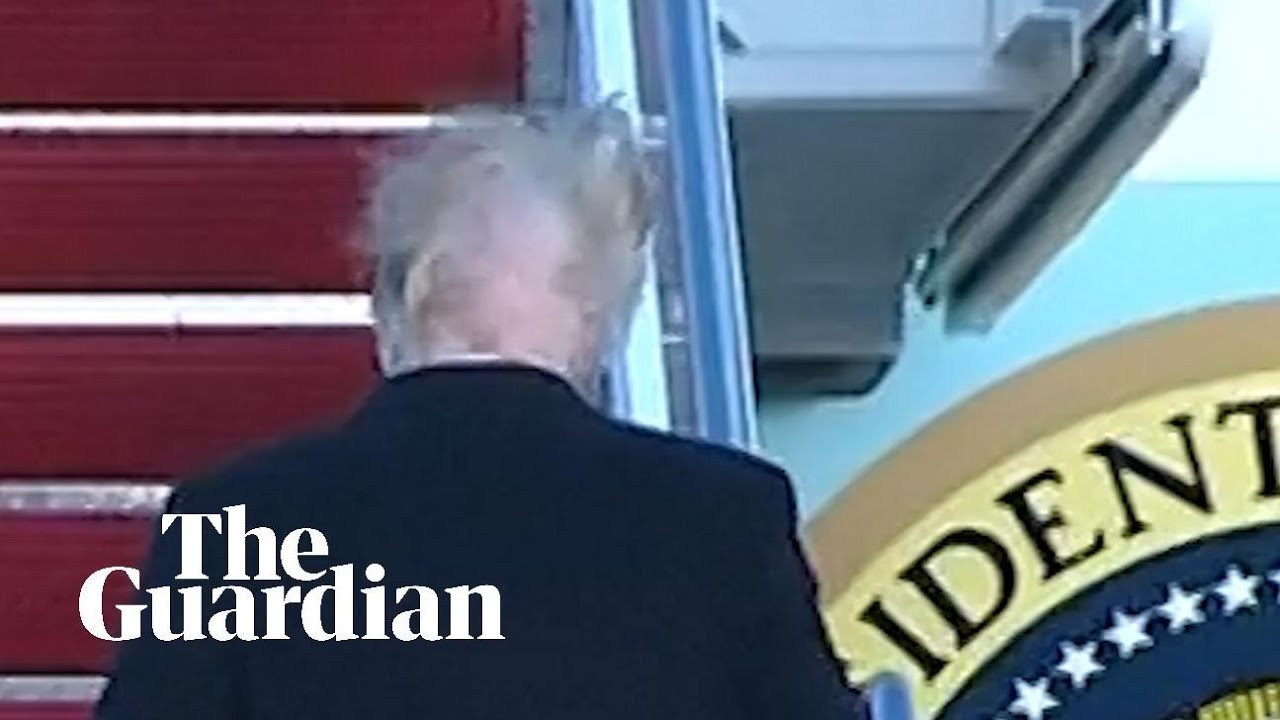 The reality of Donald Trump's unique combover is revealed as the president takes a windy walk towards Air Force OneSubscribe to Guardian News on YouTube ► ht...

Why do chicken co-ops only have two doors instead of four?

Because if they had four then it'd be a chicken sedan.

Razgriz said:
Why do chicken co-ops only have two doors instead of four?

Because if they had four then it'd be a chicken sedan.
Click to expand...

Works a whole lot better if you spell it "coop" (pronounced as the single syllable "coop", rhyming with the American pronunciation of the word "coupe", or two-door car, that you're trying to play on later, and usually meaning a place to house chickens) rather than "co-op", which is pronounced as two syllables - "koh"-"ahhp", and is a shorthand form of the word "cooperative", usually meaning a group of people/businesses of some sort clubbing together to do business, often, (but by no means exclusively) in grains and similar agricultural commodities, by pooling their money and buying those commodities in bulk form (say a 25 ton dump truck load of oats, or a whole beef carcass as examples) at a cheaper price than they'd be able to get it for if they bought it in "by the 50 pound bag" or "a pound of hamburger" amounts, then selling that product on to members of the co-op at a (usually fairly significant) savings over the "by the bag/pound" price.

In your case, since it reads as "chicken co-op", the setup falls flat on its face - Though I've never heard of such a thing, I'd expect a "chicken co-op" to be not a place to shelter chickens (or even a building with ANY number of doors), but a group of people buying chicken-related supplies, and instead of a laugh when you try to play the car-related pun, you just get a grammar lesson like this.

But thanks for trying, and try not to take my spelling/grammar OCD too personally.

What did the toaster say to the slice of bread?
I want you inside me
M

I bet the dog was fuming when that happened. 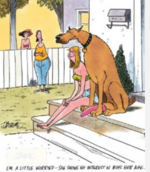 Growing up I had spine problems so bad I was always hunched over. The doctor had me in a brace for many years despite me saying it would never work. 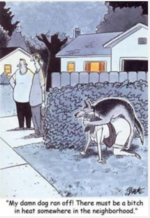 What's the most commonly asked question at a gay bar?

thatgboi2000s said:
So one day, a group a crows turns up dead, and their friends start panicking. The first one to react screams “Help, help! There’s been a murder of crows!”
Click to expand...

Very English humour. Few can get it.